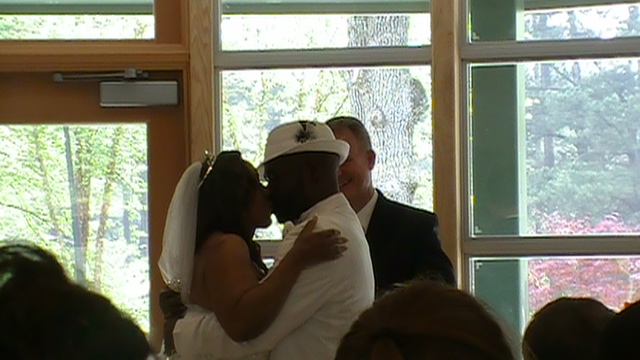 I had the pleasure of attending a wedding my daughter was singing. I began reflecting on my marriage and the strength that comes from having someone who cares about you. I don’t know where I would be without the love of my wife. We had met two years before briefly when I was visiting friends at a former employer and she had just begun working there. Periodically, I would inquire with friends about her.

Fast forward two years and the worst thing that I have ever experienced happens. My son’s mother passes away. Our mutual friend mentions this to her and she literally appeared as an angel. I was so fortunate to have her in my life. We were married 7 months later and it will be 7 years this September. Marriage is work, you have to compromise to move ahead and not let the petty things get in the way.

She had two teenage children and my son was just turning 8. The challenges of a blended family are real. The topic of a blended family deserves a post of its own. I was over protective of my son because of what he had been through. She was so insistent that we all get on the page and over the years things have gotten better. But there are still challenges that arise.

How Long is too long to date?

My wife and I dated 7 months before getting married. You have couples who wait for 5, 10, even 20 years before finally getting married. I guess there really isn’t a statue of limitations. This couple had dated 19 years, bought a house and raised 3 children. I think marriage for some people is frightening. We see some of the statistics on divorce and don’t want any part of it. Ultimately,  I think it is selfish not to want to marry and commit to the person you say you love because of insecurities. It took a tragedy for me to understand the importance of interdependence.

Please send us a comment on what marriage means to you.